After weeks of preparation Pilot and crew have packed the final items and supplies for an afternoon departure to the Sandfest in North Bend, Oregon, a small Oregon Coastal town with a population of approximately 10000.  Ingo, Alan, and DJ will be flying another event at Stoller in the afternoon before they head to North Bend, so Jesse and I are left to load up the dog, Snoopy, and make the 4 hour drive.

Due to Ingo’s tech savvy nature, we are deftly guided by a talking GPS system and we make the trip without mishap.  Although we had hoped to beat him there and have the ‘camp’ set up before his arrival with the helicopter, we find that we narrowly beat them there with only enough time to find wind indicator supplies (balloons & and an American Flag) in town. 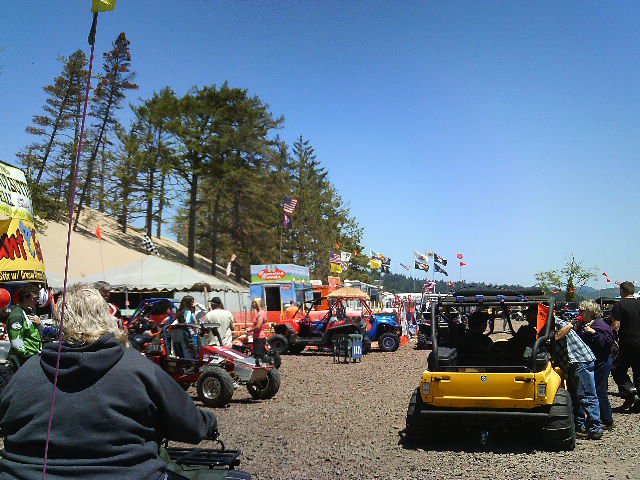 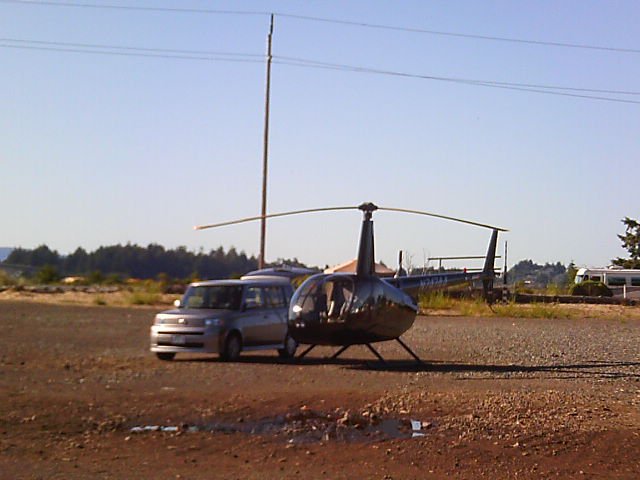 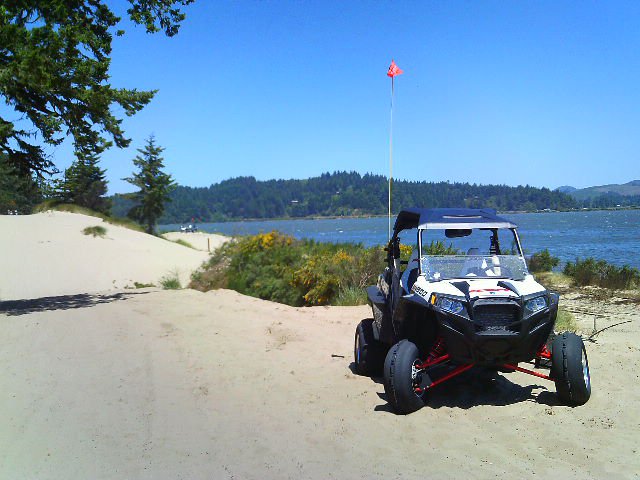 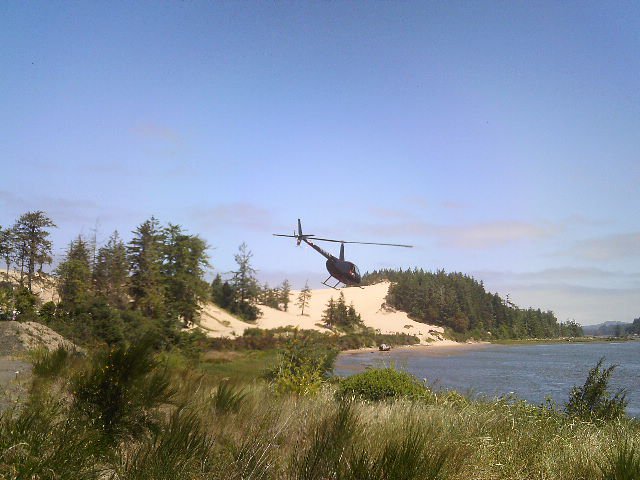 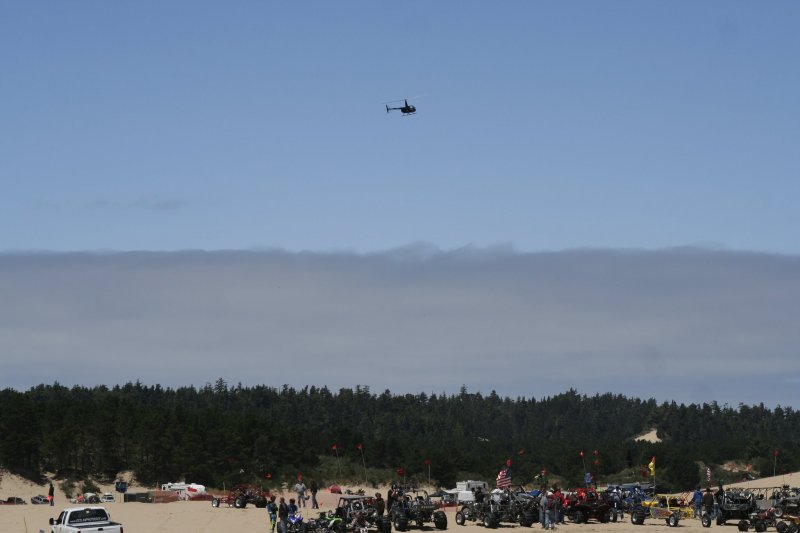 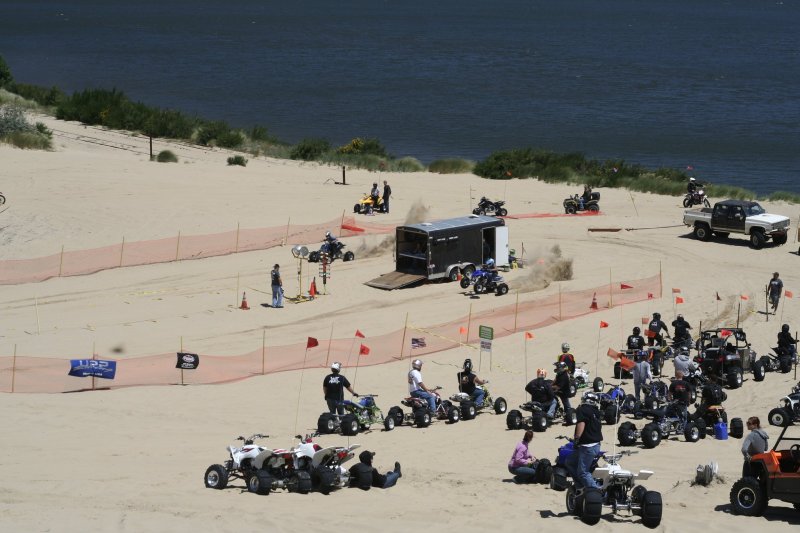 It turns out the helicopters arrival was much anticipated, once Ingo and crew touched ground they hardly had the rotors stopped when someone was asking for a ride.  Virgil and Shannon were hooked after one ride and went up two more times over the course of the weekend.  Virgil even hooked us up with rides in their ATV around the dunes.  It was great!

After we got them in the air it was time to set up camp.  We needed to stay near the helicopter at night so we pitched our tents around the perimeter of the landing area which was a couple hundred feet down the hill from the Sandfest.  We were fairly well protected from wind but the gusts were so bad Friday that we had to fix the tent poles several times.  The wind ended up shutting us down Friday, but fortunately mellowed out the rest of the weekend.

At nights we parked the car right next to the helicopter so that people would see there was something in the middle of the lot.  The black helicopter blends in a little too well when there isn’t much light in the area and we wanted to be sure, in case someone rode their ATV’s through the lot, they would notice.  In the end, I think it was Snoopy that kept them at bay 🙂

All in all a good weekend.  It was windier than we would have liked, but that’s the Oregon Coast for you.  We flew, met some great people, DJ and Jesse attended their first bon fire at the Sandfest camp, and we all had some fun; it doesn’t get much better than that.