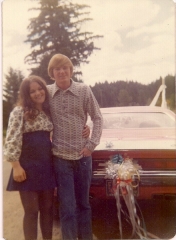 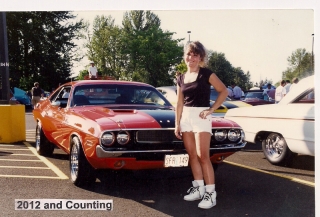 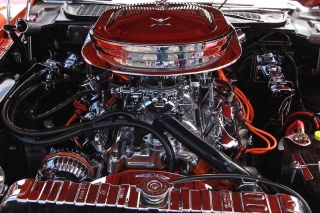 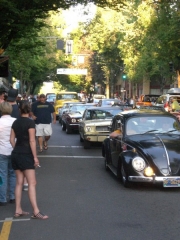 One day early in June, Ingo and I went to Noah’s wine bar off 3rd street to talk about wine and helicopters when we happened to meet Ruben Contreras and learned about the Dragging the Gut Festival.  My first response was “dragging the gut?! What kind of name is that?” but Ruben’s enthusiasm was contagious and it didn’t take long for intrigue to take hold.

Having a muscle car buff for a father, I started to think of the possibilities and how cool it would be to drag the gut ourselves.  Of course, helicopters is a tough business so we would have to get pretty creative to find a car cool enough to cruise in.  Then it occurred to me, what if we could create a Konect Aviation award for the hottest car?

Well the rest is history, and August 25th I got the afternoon off of staffing wine country tours to go to the Ezra Koch Car Show, find the hottest car, and award it Konect Aviation’s trophy.  Even though I worried that I didn’t have what it takes to give a car award, I trusted my upbringing and worked my way through the amazing selection of nearly 100 car entries.

It was an amazing collection of cars, making it the best car show I have been too.  Fortune would have it, though, there was one car that was the perfect Konect Aviation award.  I couldn’t have imagined I would stumble on this car making the decision so easy and I almost couldn’t believe my eyes.  Low and behold, a 1968 Shelby Mustang GT 500 Eleanor with Carroll Shelby’s signature on the dash. 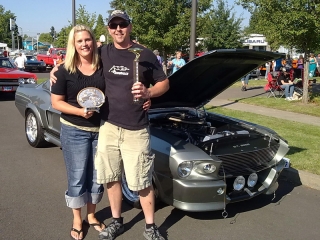 What makes the 1968 Shelby GT500 the perfect car for the Konect Aviation trophy?  Well, not only is the designer Carroll Shelby known for racing and designing high performance cars, he is also known for his aviation experience as a flight instructor and test pilot during WWII.  You can find a bit more about him and his cars at the following web pages

Thanks Chad and Lisa for showing off your awesome car!

After weeks of preparation Pilot and crew have packed the final items and supplies for an afternoon departure to the Sandfest in North Bend, Oregon, a small Oregon Coastal town with a population of approximately 10000.  Ingo, Alan, and DJ will be flying another event at Stoller in the afternoon before they head to North Bend, so Jesse and I are left to load up the dog, Snoopy, and make the 4 hour drive.

Due to Ingo’s tech savvy nature, we are deftly guided by a talking GPS system and we make the trip without mishap.  Although we had hoped to beat him there and have the ‘camp’ set up before his arrival with the helicopter, we find that we narrowly beat them there with only enough time to find wind indicator supplies (balloons & and an American Flag) in town.

It turns out the helicopters arrival was much anticipated, once Ingo and crew touched ground they hardly had the rotors stopped when someone was asking for a ride.  Virgil and Shannon were hooked after one ride and went up two more times over the course of the weekend.  Virgil even hooked us up with rides in their ATV around the dunes.  It was great!

After we got them in the air it was time to set up camp.  We needed to stay near the helicopter at night so we pitched our tents around the perimeter of the landing area which was a couple hundred feet down the hill from the Sandfest.  We were fairly well protected from wind but the gusts were so bad Friday that we had to fix the tent poles several times.  The wind ended up shutting us down Friday, but fortunately mellowed out the rest of the weekend.

At nights we parked the car right next to the helicopter so that people would see there was something in the middle of the lot.  The black helicopter blends in a little too well when there isn’t much light in the area and we wanted to be sure, in case someone rode their ATV’s through the lot, they would notice.  In the end, I think it was Snoopy that kept them at bay 🙂

All in all a good weekend.  It was windier than we would have liked, but that’s the Oregon Coast for you.  We flew, met some great people, DJ and Jesse attended their first bon fire at the Sandfest camp, and we all had some fun; it doesn’t get much better than that.